Victoria is on mission to tap the Indian market 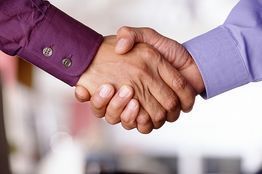 Hyderabad: BioAsia 2013, which was held recently from January 28-30, 2013, at Hyderabad, India, saw participation from 500 representatives from 45 countries. One-of-the-delegations that attended this event was from Victoria, Australia.

Every year, Victoria's leading economic development agency, Department of Business and Innovation (DBI), organizes a 'Victorian Government Super Trade Mission to India' in order to build the relations between the two countries. This year, the mission saw participation from leading medical technology providers from Victoria visit and learn about the market in India and collaborate with the India partners to tap the growing segment of biotechnology in India.

This year, the trade mission, led by the Victorian government, saw participation from over 100 organizations (with 14 belonging to the life sciences domain). This mission follows the highly successful mission to India in February 2012, which generated additional sales of over $355 million over the two years following the mission. The mission is here in India for 12 days from January 28-to-February 8, 2013. The delegates will also be visiting Bangalore, Mumbai and Delhi.

BioSpectrum attended the closed door meeting that was held in Hyderabad on the sidelines of the BioAsia 2013. Dr Vibhav Garg, health economics consultant at Boston Scientific welcomed the delegates from Melbourne, revealed interesting statistics and urged the medtech companies to tap the growing medical technology market in India.

According to him, medtech comprises of only eight percent of the current healthcare market in India. He mentioned that, "Around 80 percent of the medical devices are imported in the country mainly from the US, Japan and Germany. The market is thus huge for everyone and the time is right to address the unmet need." He also pointed out that the focus of the Indian government through various schemes was to attract players in the medtech segment.

Among the delegates that attended the event, a few companies such as Telezon have already penetrated the Indian market. They are supplying their innovative plastic needles to the two major players in India; including Serum Institute of India and Hindustan Syringes and Medical Devices. Their FDA-approved and CE-marked product, SoloFlow cannula was used by Serum in one of their clinical trials for a new influenza vaccine to reconstitute (mix) the vaccine. The Indian giant had also placed the second order for 0.5 million SoloFlow needles later in 2012.

The delegation also highlighted that Melbourne, the multicultural capital of Victoria, is a premier location for biotechnology and life sciences companies in Australia. The Victorian government actively supports the life sciences business environment, and recently implemented a streamlined multi-site clinical trials ethics approval process. In 2011-12, Victoria's two-way good and services trade with India was valued at approximately $2 billion, driven mainly by service industries such as education and tourism.