When it comes to your heart, what you eat matters 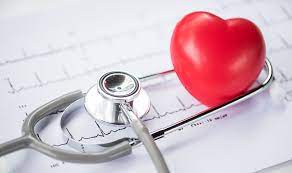 Almost all of us know what it feels like to have one or two drinks too many. We wake up the next day with a terrible headache and a dry mouth. We spend too much money. In extreme cases, we might even have made regrettable decisions or said things we'd never have said if we'd been sober. Whenever this happens, we quietly vow to ourselves that we'll never drink to excess again. Sometimes we might even try to tell ourselves that we'll never drink again at all, although it's very rare that any of us are ever able to stick to such an idea.

From these experiences, and also from the barrage of alcohol awareness programs and anti-alcohol medical advice we've seen and heard over the years, we learn to believe that alcohol is "a bad thing." We're aware that it can make us more sociable and outgoing, but we know that it's bad for our livers, kidneys, and brains. Many of us know somebody that's struggled with alcohol issues. Alcohol is addictive and can be enormously destructive if mistreated. Add all of these things together, and it's very difficult to believe that alcohol could ever be a force for good. Nevertheless, that's the surprising finding of a new paper from the American College of Cardiology that was published at the beginning of May 2021.

The chief finding of the study is that "moderate" alcohol consumption can be demonstrably connected with reduced risk of cardiovascular disease when compared with instances of cardiovascular disease in people who abstain from drinking altogether. The key word here, though, is "moderate." For the purposes of the study, moderate drinkers were defined as women who consume no more than one alcoholic drink per day and men who consume no more than two. We should note that instances of cardiovascular disease actually increase in people who regularly drink more than that, which indicates that there's a "sweet spot" in terms of the potentially beneficial effects of alcohol when it comes to preventing heart disease.

This news will presumably be of some comfort to those who share a bottle of wine with their partner once a week or visit a pub or restaurant once a week to have an alcoholic drink or two. While this isn't a universally popular habit around the world, it's a cultural norm in many western societies. The idea of having a few sociable drinks in the United Kingdom, for example, is such a cultural staple that it was used as the theme of the "Down the Pub" online slots game that's popular at so many slots websites. The game makes for a better metaphor for drinking than the operators of those online slots websites probably realise. When you're playing the slot, you'll be rewarded if you land the perfect sequence of symbols at precisely the right time. Land them in the wrong order, and you'll lose all of your money. That underlines the fact that alcohol is still a risk no matter how you approach it, which is something that every player at Rose Slots NZ will be very familiar with. Just because alcohol can help doesn’t mean it will always help, and so the new findings shouldn’t be taken as an invitation to start drinking if you don’t do so already.

Interestingly, the suggested benefits of drinking small amounts of alcohol don't involve the substance directly impacting the heart itself. Instead, the risk of cardiovascular disease is reduced because alcohol helps by effectively "calming" stress signals in the brain, which, in turn, reduces stress on the heart. The finding was confirmed by performing brain imaging tests on a sample set of volunteers who took part in the college's study. While the researchers were encouraged by the findings, they also point out that the same effect can be achieved with regular exercise or mindfulness routines, including yoga. In addition, the findings are based on the test subjects accurately self-reporting their alcohol intake. While the researchers have no reason to believe that their test subjects lied to them, they also have no accurate way of confirming the number of alcoholic drinks each subject consumed within the study period. Just over fifty thousand people took part in the study, with an average age of just over 57.

The mainstream press has already picked up on the publication of the report, which has led to potentially unhelpful headlines appearing on the websites of prominent newspapers. A typical example claims that "one or two drinks per day" might reduce the risk of heart disease, which is a slight misrepresentation of the college's findings. However, the newspaper report we've highlighted does include further information about the impact of excessive drinking on the heart. It notes that people who regularly drink more than fourteen alcoholic drinks per week experience higher amounts of brain activity related to stress than people who don't drink at all. Fourteen drinks per week is, as anyone who can do basic maths will already have noticed, two drinks per day. This makes a nonsense of the idea that drinking two alcoholic drinks every day is in any way good for you and underlines how narrow the potential benefit area is.

Further studies would be required before any new treatments could be recommended off the back of this research. Given the fact that the apparent “benefits” of drinking alcohol are no more significant than the benefits of taking up yoga, it might be that no new treatments are recommended at all. There are no negative side effects to yoga (other than the risk of a muscle strain), whereas the negative side effects of drinking too much alcohol can be severe. The purpose of this article isn’t to extol the virtues of drinking, though. It’s to remind you that if you enjoy the occasional alcoholic tipple, you shouldn’t feel guilty about it. So long as you’re not having more than two a day and you’re not regularly drinking to excess, you may actually be doing yourself more good than harm. Just try to remember to stop before you’ve reached the point where you’ll have a sore head the next morning, and you’re likely to be fine!