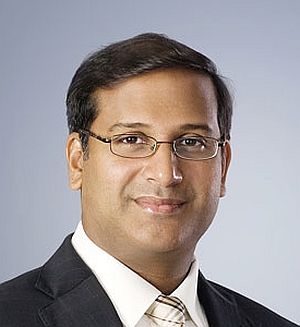 The Indian pharmaceutical industry has witnessed a healthy growth in the last decade, driven by factors like rising consumption levels in the country and strong demand from export markets. The domestic pharma market, which recorded a compound annual growth rate (CAGR) of around 14-to-15 percent in the last 10 years is now the third largest in the world in terms of volume and 14th largest in terms of value.

However, despite this high growth, drug consumption per capita in India is still among the lowest globally. The per capita consumption volumes are estimated to be eight-to-12 times lower than in the US and Japan. Hence, the tremendous growth potential for the industry cannot be understated. However, having said so, the industry is expected to face some major transformational challenges in the coming decade.

While patent expirations, lack of new product pipelines, coupled with general economic downturn are some of the challenges confronting the global pharma industry, the Indian pharma sector on the other hand, is braving odds of weak macro factors of the economy, increasing competition and pricing pressures in certain categories.

In the past two years, the growth of the domestic pharma market has slowed down a bit to 12-to-13 percent due to weak macro factors and increasing competition from unlisted players and MNC pharma companies. Over the last couple of years, we have seen several big pharma firms enter the branded generic space in order to compete with domestic drug makers. This trend is expected to intensify in the coming years adding more pressure in this already fragmented market.

You could also see increased mergers and acquisition activities, with MNC pharma companies acquiring India-related businesses or firms. The high growth rates of 15-to-20 percent enjoyed by the industry just a couple of years back are most likely to be a thing of the past. Under such a scenario, the Indian industry has to settle for a muted growth of around 10-to-12 percent in the immediate future.

However, pricing pressures will not only come from increasing competition, but also from regulatory bodies. The new National Pharmaceutical Pricing Policy (NPPP), which is proposed to be implemented in the near future, could change the structure and dynamics of the Indian pharmaceutical industry. It is likely to impact the profitability of firms and would make new product introductions a challenging proposition. The Indian market, it should be noted, is already amongst the lowest priced in the world.

Another emerging trend, which will get more pronounced in the coming years, is that chronic therapies, such as diabetes, cardiovasculars, and products used to treat central nervous system ailments, are growing faster than acute therapy. Currently, the Indian pharmaceutical market is more than 60 percent acute with the rest being chronic.
The changing dynamics of the Indian pharma, calls for more collaboration rather than competition. Within a short span of eight years, Glenmark has made seven out-licensing deals with big pharma companies, which is a case in point. In the coming years, we will see more such collaborations with big pharma which will help Indian companies share risks and generate constant revenue.

Indian pharma companies also need to increasingly focus on their overseas businesses to drive growth. Patent expiry opportunities, coupled with efforts to contain healthcare spends, are likely to drive the generic market in developed markets like the US and Europe. On the other hand, affordability and availability will make a case for generics usage in the branded generic developing markets like Russia and Brazil. For example, in case of Glenmark, over 70 percent of our revenues comes from overseas or non-India operations.

In the coming years, innovation will be the key to success (and survival itself). The definition of innovation should expand beyond 'reverse-engineering' to more challenging areas like new drug discovery and development. India is all set to enter the top 10 pharma markets of the world by 2015 (from its current position of 14th in terms of scale) and will continue to remain a priority market for all operating players. Competition will intensify in this market. The contract research and management services (CRAMS) opportunity will increase but making it profitable will depend on the way organizations are able to innovate the business model.

I am sure that just like in the past, the time has come for India to evolve and create a unique model that will benefit both patients and companies in our quest for providing quality and affordable medication for the entire world.