The goal is a new, highly accurate, mass-produced low-cost diagnostic device that delivers results in minutes. 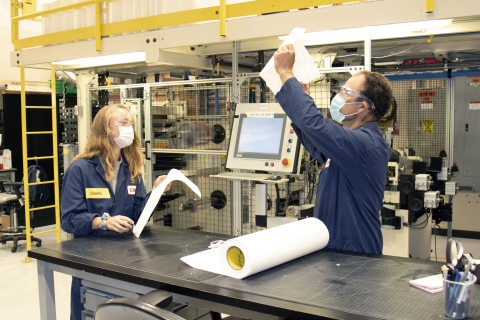 To help the world respond to COVID-19, US based 3M and researchers at Massachusetts Institute of Technology (MIT) are testing a new rapid test that detects the virus. Accelerated research is underway to learn if a simple-to-use, diagnostic device can produce highly accurate results within minutes and is feasible to mass manufacture.

The U.S. National Institute of Health selected the rapid COVID-19 test for accelerated development and commercialization support, after rigorous review by an expert panel.

The test is in the Rapid Acceleration of Diagnostics Tech (RADx Tech) program, an aggressively-paced COVID-19 diagnostics initiative from the NIH’s National Institute of Biomedical Imaging and Bioengineering.

The test would detect viral antigens and deliver highly accurate results within minutes via a paper-based device. The test could be administered at the point-of-care and would not need to be sent to labs for testing.

The teams at 3M and MIT believe a diagnostic test can be deployed once validated. Manufacturing equipment can be scaled to produce millions of units per day.

The team is prepared to collaborate with the government’s RADx Tech program to demonstrate the test’s capability and to deploy it as quickly as possible. RADx Tech’s phased innovation funnel is initially supporting a four-week period of intense research to demonstrate the test concept works and can be commercialized on a large scale.

The project received $500,000 in validation funding from RADx Tech and is eligible for further investment in later stages of the development funnel.