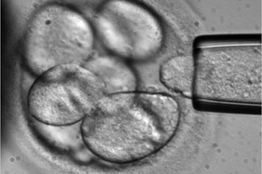 The short term application is directed towards the treatment of patients with peripheral vascular disease, while the long term application is focused on the healing and regeneration of cardiac muscle following acute myocardial infarction or chronic heart failure. Employing a patient's own cells (autologic transplantation), the company's unique technology and process diverts the patient's own cells into specific targeted myogenic cells, which can then be inserted into the damaged tissue and accelerates the healing process.

The administered myogenic or skeletal stem cells work as a network, acting in exactly the same way that the cells of skeletal and heart muscle tissue perform, and replenish the existing cells, thus strengthening the intended injured site following the transplantation process. This process can be utilized for different clinical pathologies as mentioned above and can also be utilized for patient using different donor as the source of the stem cells.

Andain's incubator platform is currently undergoing with its stem cell technology a build-up of Good Laboratory Practice (GLP) production line as a preparation for the FDA approval stage with clinical trials scheduled for Q1 2014 at one of the foremost heart centers in Israel under the direction of Professor Mickey Scheinowitz, one of Israel's leading scientists who gained vast experience in the understanding and treating of cardiovascular diseases.

Andain's president and CEO, Mr Sam Elimelech, commented that, "It is our belief that Orcell's cutting-edge technology and process is unique in regard to the fact that it allows for the safe and efficient directing of the patients own cells as into myogenic cells or striated muscle cells, thus eliminating the hazards associated with rejection and malignant tumors. Via our industrial incubator platform and expert scientific team, we look forward to helping Orcell commence their clinical trials later this year and make considerable progress of their technology and process closer to market."