Possible treatment on the horizon for severe dengue disease 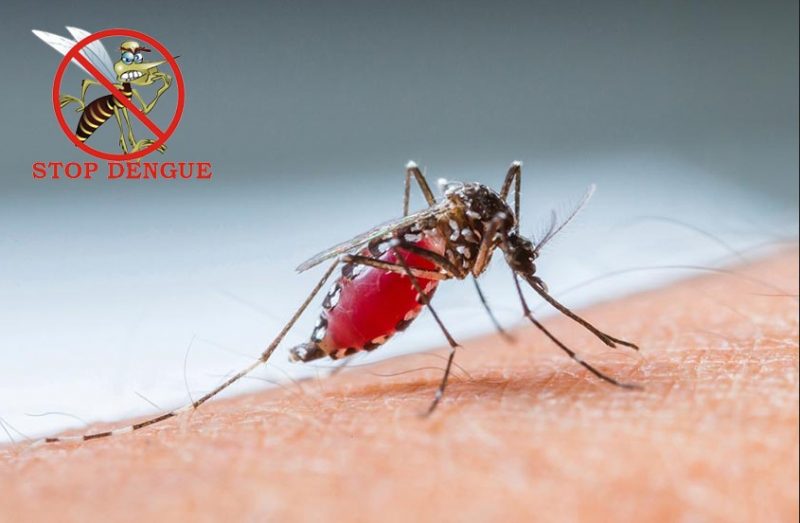 Researchers led by Duke-NUS Medical School have discovered that tryptase, an enzyme in human cells that acts like scissors to cut up nearby proteins, is responsible for blood vessel leakage in severe dengue haemorrhagic fever. The finding suggests a possible new treatment strategy using the tryptase inhibitor, nafamostat mesylate, for severe dengue disease – a potentially fatal condition for which no targeted treatment is currently available.

The dengue virus infects about 390 million people globally each year, causing substantial morbidity and mortality. While most patients experience dengue fever or a mild form of the disease, a small percentage develops dengue haemorrhagic fever (DHF), the more severe occurrence of dengue wherein blood ‘leaks’ from ruptured blood vessels. This can lead to dengue shock syndrome (DSS) – the final stage of DHF – where the circulatory system fails, sending the body into bleeding and shock, which is fatal without prompt treatment. How dengue patients go on to develop these severe conditions had not been clearly understood and, as a result, no targeted treatments have been developed to prevent haemorrhaging or reverse shock in infected patients.

“We discovered that, in severe cases, a particular enzyme called tryptase cuts the proteins that act as seals between blood vessel cells, resulting in blood vessel leakage and shock during dengue infection,” said Assistant Professor Ashley St. John, from Duke-NUS’ Emerging Infectious Diseases Programme, the corresponding author of the study.

Based on this finding, the team wanted to know if a drug-specific to inhibiting tryptase could be used to treat the haemorrhaging. Nafamostat mesylate, a clinically-approved tryptase inhibitor with a good safety profile, was tested using preclinical models. They found that administration of this drug, which is already used for the treatment of certain bleeding complications in some countries, prevented vascular leakage in the dengue model. Even delayed treatment with the drug was significantly effective in reducing dengue vascular leakage in a preclinical model of severe disease. The team also observed tryptase levels were very high in the blood of severe dengue patients who experienced DHF/DSS, but low in patients who easily recovered, affirming the link between high levels of the enzyme and severe dengue disease.

“Currently, only supportive care is available to patients suffering from severe dengue disease, with no targeted treatment for this potentially fatal condition. We believe our findings raise the possibility of developing new targeted treatments for dengue and, specifically, one that might be able to prevent shock,” added Asst Prof St. John.

“We are currently experiencing a surge in dengue cases in Singapore,” said Professor Patrick Casey, Senior Vice Dean for Research at Duke-NUS. “This timely study by our researchers not only holds out hope for a promising new strategy to treat severe dengue disease but could also have broader implications for the treatment of other haemorrhagic diseases.”

The study authors say the next step is to conduct clinical trials to test if tryptase inhibitors can reverse dengue vascular leakage and prevent shock in humans.