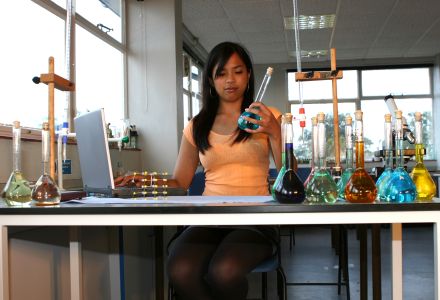 Singapore: Polytechnic students and overseas Singaporeans will now have more avenues to pursue their interest in science and research with two initiatives launched by the Agency for Science, Technology and Research (A*STAR). Announced by Minister of Health Gan Kim Yong at the A*STAR Scholarship Awards Ceremony 2012, these initiatives will create greater opportunities for aspiring scientists to explore their passion for R&D.

Both programs were introduced to widen the R&D pool and boost Singapore's pipeline of local PhD talent.

The A*STAR Science Award (Polytechnic) will reach out to talented polytechnic students by nurturing and encouraging them to develop their aptitude in science. A*STAR will work directly with the five polytechnics to identify their brightest students; groom their scientific interests and introduce them to the possibility of pursing R&D careers. The award has only been given to junior college and upper secondary school students till now. More than 1,200 science awards have been given out since 2006.

The new research attachment for overseas Singaporeans will give Singaporean citizens living abroad the opportunity to gain first-hand experience in working at a Singapore research laboratory. The program invites Singaporean citizens who are pursuing an undergraduate or masters degree abroad to apply for a two- to six-month research stint at A*STAR's research institutes. The attachment programme will expose more students to the R&D landscape in Singapore and encourage them to eventually contribute back to Singapore's R&D efforts.

These new initiatives, along with other A*STAR scholarships and investigatorship programmes are offered to young Singaporeans, at various junctures of their academic development, to encourage them to pursue research as a career. The approach is to build a strong pipeline of capable and committed local PhD talent who will form the core of Singapore's research community.

Since the A*STAR Scholarships were launched in 2001, some 1,100 awards have been conferred. About 350 scholars have returned and are pursuing rewarding R&D careers in public sector research institutes, private labs, universities, hospitals as well as the industry.

A*STAR Chairman Mr Lim Chuan Poh said, "Research is a human enterprise and talent undergirds the entire Research, Innovation and Enterprise 2015 (RIE 2015) plan. In particular, we need to continue to develop a strong pipeline of local research talent to ensure that we have a robust research enterprise. Through the A*STAR scholarships, we will continue to attract and groom the most capable and committed Singaporeans to position Singapore as Asia's Innovation Capital."