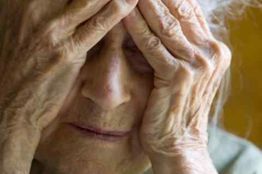 Singapore: Alzheimer's Association, US, is making efforts to improve early detection and diagnosis of Alzheimer's disease and increase the use of information and support services. The various Alzheimer's Association chapters are leaders and/or key players in these collaborative efforts with health systems, health care providers, universities and government agencies.

"Research shows that families and caregivers who learn about the course of Alzheimer's disease, and who take advantage of support and respite, often cope much better with the changes that come their way during the Alzheimer's disease process," said Ms Beth Kallmyer, vice president, Alzheimer's Association.

"The number of people with Alzheimer's is projected to rise significantly as more and more people reach the age of greatest risk for developing the disease," said Ms Maria Carrillo, Alzheimer's Association vice president of medical and scientific relations.

"The huge number of undiagnosed cases reflects the pervasive fear about Alzheimer's, yet it also means that more people could benefit from support and information provided by the Alzheimer's Association. We hope these four programs can serve as models for implementation in other communities," she said.