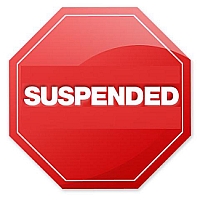 Singapore: Takeda Pharmaceutical received an Order for Corrective Action regarding the manufacturing and marketing of Alinamin-F5 Injection from the Osaka Prefectural Government, citing a violation of the Pharmaceutical Affairs Act associated with the voluntary recall of the drugs Lot H123.

Furthermore, contract manufacturer and Takeda subsidiary, Nihon Pharma, which was manufacturing the drug at the Osaka Plant in Izumisano City, also received an order for temporary suspension of its operations from the Osaka Prefectural Government for the period of 12 days from February 14-to-February 25.

In December 2012 at a medical institution, one box with the outer label of Alinamin-F5 Injection was discovered to contain ampoules without individual labels on them. An investigation revealed that the ampoules were samples for testing purposes containing methionine (an essential amino acid) and glucose. On December 21, 2012, Takeda initiated a voluntary recall of Lot NoH123 in consideration of patient safety. The recall was completed on January 31, 2013, and Takeda has been able to verify that only one box was shipped to a medical institution, and that there have been no reports of health injury due to the administration of the aforementioned ampoules.

Takeda has instructed Nihon to take appropriate measures to prevent the occurrence of a similar incident in the future, and will also work to more appropriately manage and oversee other contract manufacturers of Takeda hereafter.