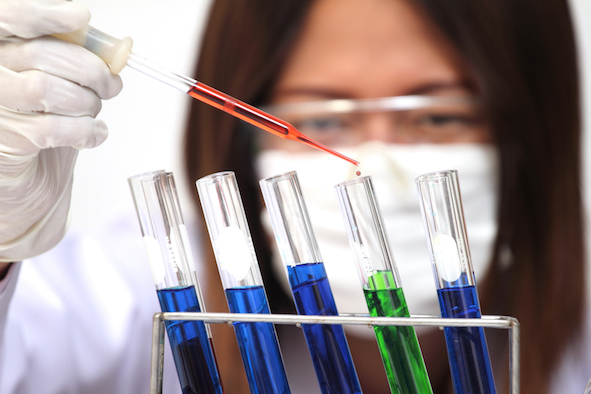 Taiko Pharmaceutical based in Osaka, Japan, has announced that long-lasting chlorine dioxide (ClO2) aqueous solution inactivated over 99.99% of SARS-CoV-2 (COVID-19 Virus), including its Alpha and Gamma variants, in a test conducted in collaboration with Kitasato Institute/Kitasato University in Tokyo, Japan.

SARS-CoV-2 strains were mixed with Taiko Pharmaceutical's long-lasting ClO2 aqueous solution at the ratio of 1:19 (154 ppm in aqueous solution remained active for three years' storage) and the infectivity titer was determined by the plaque assay at 10 sec and 60 sec using TMPRSS2-expressing Vero E6 cells. The results revealed that the ClO2 aqueous solution inactivated over 99.99% of SARS-CoV-2, including the two variant strains.

The Alpha and Gamma variants of SARS-CoV-2 contain N501Y and E484K mutation, respectively, and these were suggested to affect, respectively, the infection/transmission potency, and antigenic drift. Currently, worldwide dissemination of the N501Y variant has been confirmed.

A study reported that ClO2 denatures the spike protein on the surface of SARS-CoV-2 and inhibits its binding to the human ACE2 receptor. The current study adds invaluable information for the effectiveness of long-lasting ClO2 aqueous solution in disinfecting the coronaviruses.