BioSpectrum announces the hits and misses of 2013 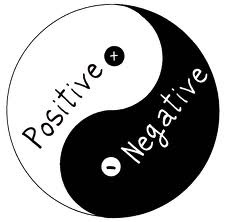 What were the biggest hits and misses of 2013?

Asia attracted a lot of interest from foreign multinational giants in the year 2013. This not only led to the increase in the number of acquisitions and mergers (M&A), it also led to a rise in investments and joint ventures. BioSpectrum has launched its special feature with a round up of all that happened in the last 12 months and presents Flashback 2013.

This elaborate feature has all the hits and misses of the year from the Asian life sciences industry, the path breaking products and ground breaking medical devices that made it to the top five in Asia through the year. Furthermore, the special report features a roundup of 2013's highlights from India, Malaysia, Taiwan, Thailand, Australia, Korea, Singapore, Malaysia and other prominent countries from the APAC region.

All the burning issues, starting from the biggest settlement ever made to the US drug regulator, the Food and Drug Administration (FDA), over quality issues of drugs; the darkest revelation of the year in the drug business - GlaxoSmithKline's corrupt actions in China; and the landmark verdict of the year that had the US Supreme Court declare that 'Human Genes cannot be Patented' have been covered elaborately in this feature.

BioSpectrum brings to its readers, 2013's bests and hall of shame in its special issue. Click below on the links to read on:

The 2013 Nobel in Medicine goes to...
Dr James E Rothman, Dr Randy W Schekman and Dr Thomas C SÃ¼dhof have been jointly awarded the 2013 Nobel Prize in Physiology or Medicine for discovering the molecular principles and machinery that govern the regulation of vesicular traffic system in human cells.

Quintiles shuts down India phase I unit
Global CRO Quintiles has shut down its phase I unit in Hyderabad, India citing a 'challenging external business environment'.

Novartis investigates its drug's promotion
Novartis discovered that 18 of its employees are promoting its diabetes drug Galvus using unethical means to wholesalers in India and has launched an investigation.

MNCs up China presence
Moving beyond the promises of cheap labor and production costs, China has emerged as a favorable place for drug discovery and manufacturing with multinationals stepping up investments for capacity building.

Sanofi pays $109 mn to settle Hyalgan case
Sanofi US will pay $109 million as part of a settlement with the US Attorney's Office, District of Massachusetts. Sanofi had voluntarily stopped sampling of visco supplement Hyalgan in 2009 after it identified concerns in the product through its compliance program.

ResMed files patent suit against Taiwan's Apex Medical
ResMed files parallel legal actions in the International Trade Commission (ITC) and in US federal court against Taiwanese manufacturer Apex Medical and its US distributor, Medical Depot, alleging that Apex WiZARD 210 and WiZARD 220 masks and APEX iCH and XT Fit flow generators are infringing on its patents.

Sanofi launches JE vaccine in Australia
IMOJEV is the first single dose vaccine against Japanese encephalitis for adults in Australia.

Indian pharma industry to reach $100 billion
India's Planning Commission also highlighted that Indian pharma will account for five percent of the global drug industry within the next five years and will cross $60 billion mark in 2017.

China SFDA drug lab gets WHO prequalification
China SFDA's subordinate agency National Institutes for Food and Drug Control (NIFDC) is selected by the WHO to the list of prequalified quality control laboratories.

Laser cooling for devices
Nanyang Technological University team's research can help reduce the size of medical devices such as an MRI machine.

Wound healing 'switch'
A*STAR scientists identified a molecular micro-RNA switch called miR-198 that controls the migration of skin cells necessary for wounds to close and heal. When skin is wounded, the manufacture of miR-198 quickly stops and the levels of miR-198 drop, switching on many wound healing processes.

Teva, Sun to pay $2.15 bn to Pfizer
Israel-based Teva Pharma and India-based Sun Pharma will pay $2.15 bn to US-based Pfizer and Japan-based Takeda to settle patent suit related to Pfizer's acid-reflux drug, Protonix (pantoprazole). This will be the first time that generic firms will pay damages for marketing a copy of an existing drug for which patents have yet to expire.

New Zealand strives for connected healthcare
Under New Zealand's proposed ehealth system, an individual's health information is to be collected, stored and made accessible as and when needed by the health professionals as well as individuals, through a network of online health data storage system.

Stem cell hope for retina treatment
Scientists successfully transplanted photoreceptors from retina grown 'in a dish' into night-blind mice where these cells appeared to develop normally, integrating into the existing retina.

Eli Lilly files $500 mn suit against Canada
Eli Lilly files a $500 million suit against the Canadian government under the rules of the North American Free Trade Agreement (NAFTA) alleging that patents of ADHD drug Straterra and schizophrenia medicine Zyprexa were unfairly threw out when challenged by generic drug makers.