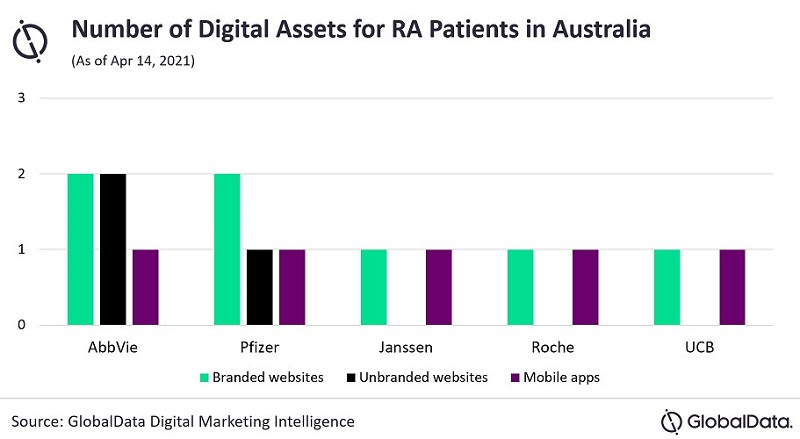 Venkat Kartheek Vale, Pharma Analyst at GlobalData, comments: “The Australian RA market looks attractive for global pharma companies due to increasing diagnosed prevalent cases. The launch of new therapies by AbbVie, Eli Lilly and Gilead and an innovative pipeline can drive the RA market positively in the future but increasing competition from biosimilars could impact the overall growth. Therefore, focus on digital initiatives could further help originator or biosimilars companies to take the competition head-on.”

In Australia, Humira and Enbrel together represent around 50% of the total sales, and this widespread dominance is evident through their activity on digital support channels. The traffic analysis of the last 12 months reveals highest traffic to the branded websites of AbbVie’s Humira and Rinvoq followed by Pfizer’s Enbrel and Xeljanz.

Mr Vale concludes: “The RA treatment landscape is already facing biosimilar competition and a few more brands like Simponi, Cimzia, and Xeljanz are going to lose patent protection by 2025. In addition, the recently launched small molecule therapies are intensifying the competition. While AbbVie is already ahead of others by offering digital support to Rinvoq users, recent entrants like Eli Lilly and Gilead along with a few existing players lack digital presence. Hence, it is essential for the companies to mark their presence on digital channels and deliver the required support to patients using their products.”